NAPO's President Michael McHale and Executive Director Bill Johnson met with newly confirmed Attorney General Loretta Lynch on May 13th in her office. It was the first national level meeting she has had with any law enforcement association since she was confirmed. McHale and Johnson emphasized the need to rebuild trust between the U.S. Department of Justice and state and local law enforcement officers. They brought rank and file's legitimate concerns about what is going on in this country directly to the top. During National Police Week, it is vital for officers to have a voice at the table where decisions are being made. 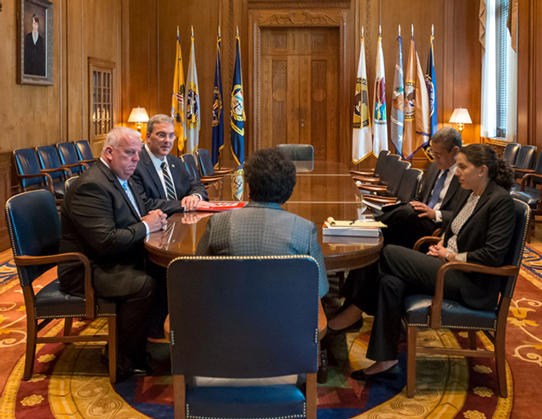