On August 1, 2013, President Obama announced his intention to nominate R. Gil Kerlikowske as Commissioner of U.S. Customs and Border Protection, Department of Homeland Security. Mr. Kerlikowske has been the Director of National Drug Control Policy since 2009 and previously served as the Deputy Director of the Office of Community Oriented Policing Services at the Department of Justice.

Mr. Kerlikowske has been a dedicated career public servant, and has continually evidenced his integrity, strong judgment, and commitment to the law enforcement mission.  NAPO has urged the Senate Finance Committee to act swiftly in confirming Mr. Kerlikowske for this critical position.

If you have any questions about NAPO’s endorsement of Mr. Kerlikowske, please contact Melissa Nee at:  mnee@napo.org. 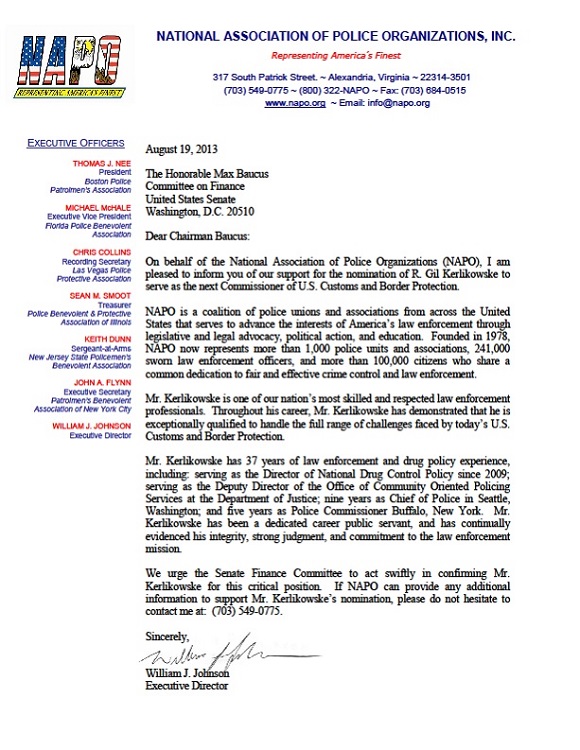 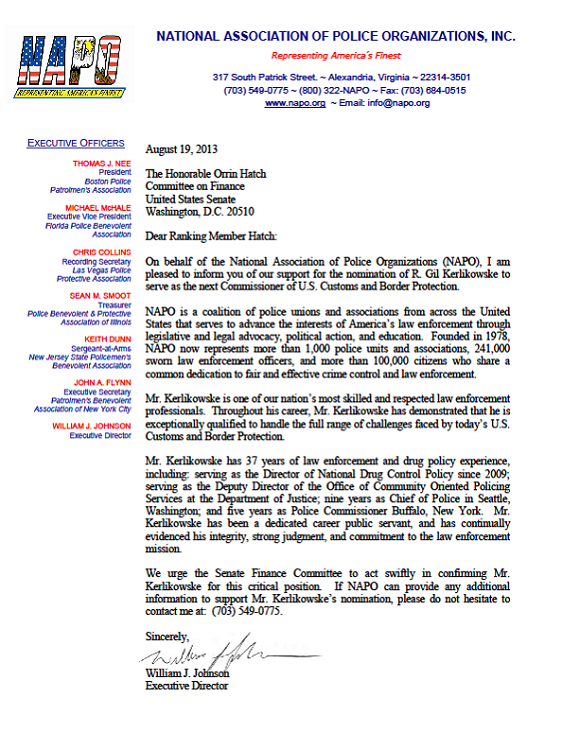