NAPO supports the Justice for All Reauthorization Act of 2013

The bill improves access to post-conviction DNA testing to protect the innocent.

This reauthorization includes new measures to help ensure the effective administration of criminal justice in the states. 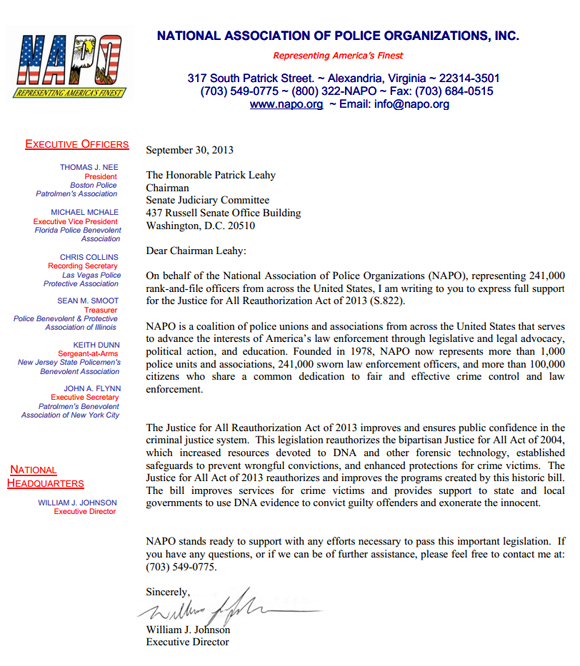