Sunday marked the 21st anniversary of the deadliest terrorist attack on our nation’s soil. As we remember those who died on September 11, 2001, we also recognize those we continue to lose as the lasting effects of that day make themselves known.  We have lost more federal, state and local law enforcement officers from 9/11-related illnesses over the past 20 years than we lost on September 11, 2001.  Unfortunately, those numbers are only expected to rise as 9/11 responders and survivors are still battling serious health crises resulting from exposure to the toxins at Ground Zero.

NAPO fought hard for the passage of the James Zadroga 9/11 Health and Compensation Act in 2010 and its reauthorization in 2015 to ensure our nation took care of the victims and first responders who are coping with 9/11-related chronic health conditions. James Zadroga, a New York City Police Department Detective and member of NAPO, died of respiratory disease caused by his exposure to toxic chemicals during rescue and recovery efforts at Ground Zero.

In 2015, Congress, recognizing the importance of this program, reauthorized the WTCHP until 2090.  Unfortunately, this has proven to not be enough as the reauthorization imposed yearly spending caps tied to inflation only as measured by the Consumer Price Index and not the historically higher, and faster rising, medical cost inflation. The program now faces a projected funding shortfall starting in 2025 and soon it will not have enough funds to provide care for those 9/11 responders and survivors still suffering the physical and mental impacts of 9/11.  If nothing is done to respond to this growing issue, the program will be under a statutory obligation to limit spending and will have to reduce services for new enrollees, starting October 1, 2024.

This week, NAPO took the lead on a joint law enforcement letter - with national, state, and local law enforcement organizations, including many NAPO member organizations – to urge Congress to address the critical need to provide an additional $3 billion in funding for the WTCHP.  Additionally, we request that this funding, which is included in S. 2683/H.R. 4965, the 9/11 Responder and Survivor Health Funding Corrections Act, be included in any must-pass legislation Congress considers this year.  As Congress continues negotiations over a continuing resolution to keep the federal government and all of its programs funded past October 1, 2022, we are pressing leadership to consider attaching the $3 billion for the WTCHP to the spending measure.

For Congress to allow any reduction in current operations due to its inability to act would be an insult to the thousands of law enforcement heroes who answered the call 21 years ago. It is our obligation and duty to remember these heroes and ensure that survivors who risked their lives to protect us continue to receive the compensation and care that they deserve.

On July 15, when the Social Security Fairness Act (H.R. 82) hit the requisite 290 cosponsors, Congressman Rodney Davis (R-IL), the bill’s sponsor, filed a motion to add the bill to the consensus calendar, which requires that House Speaker Nancy Pelosi (D-CA) bring the bill up for a vote as-is after 25 legislative days.  That should have the bill being voted on by mid-November if the House Ways and Means Committee does not decide to mark it up and take it off the consensus calendar.

The Social Security Fairness Act, a long-standing top priority for NAPO, would fully repeal both the Government Pension Offset (GPO) and the Windfall Elimination Provision (WEP). We have been diligently reaching out to garner additional cosponsors for the bill to make it difficult for Congressional leadership to stall movement of this bill. The House version, H.R. 82, currently has 299 cosponsors and the Senate version, S. 1302, has 42 cosponsors.

On September 7, NAPO sent a letter to House Speaker Nancy Pelosi and Minority Leader Kevin McCarthy urging them to act and bring the Social Security Fairness Act up for a vote as soon as possible. With the House only scheduled to be in session until September 30 and then out for the entire month of October through the November elections, our time to move on this important bill is quickly running out.

Law enforcement officers and public employees across the country are concerned about their retirement security and the impact of the GPO and WEP. Nine out of ten public employees affected by the GPO lose their entire spousal benefit, even though their spouses paid into Social Security for many years. The WEP causes hard-working public safety officers to lose the benefits they earned themselves, thus punishing those who selflessly serve and protect our communities.  Instead of receiving their rightfully earned Social Security retirement benefit, their pension heavily offsets it, thus vastly reducing the amount they receive. Nearly 3 million public servants are impacted by the GPO and/or WEP.

The loss of income caused by the GPO and WEP is a financial strain on law enforcement officers and their families, an additional strain that those who spent their careers on the front lines protecting our nation’s communities do not need. By significantly scaling back and reducing Social Security benefits for law enforcement officers, as GPO and WEP do, officers and their families are shut out from even the modest retirement that Social Security benefits can provide.

It is time to repeal the GPO and WEP and preserve the retirement security of those who selflessly chose to serve our communities.

NAPO, together with other national law enforcement organizations, met with staff of House Minority Leader Kevin McCarthy and Minority Whip Steve Scalise as well as majority and minority staff for the House Energy and Commerce Committee to discuss protecting law enforcement’s lawful access to digital information and evidence.

Digital evidence is a part of nearly every crime scene today and law enforcement is increasingly facing real and growing challenges in obtaining electronic evidence even when we obtain the required legal process. Restrictions to law enforcement’s access to digital data and evidence will result in delays in the investigative process. It would significantly hamper law enforcement’s ability to keep our communities safe, prosecute criminals and protect victims, particularly when it comes to investigations of heinous crimes such as kidnapping, child pornography, or human trafficking.

The law enforcement community support data privacy, especially for our officers, and we agree that laws that govern data privacy and access to digital evidence should be updated.  However, any update should remove unnecessary barriers to accessing digital evidence and crime-related information and consider public safety concerns on a par with the interests of industry and individual privacy.

In our meetings, we are working to educate Congressional leadership on how this data is used by law enforcement in criminal investigations and the challenges law enforcement will face if our lawful access to digital information is impeded or stripped. This data will often uncover previously unavailable leads, exonerate the accused, solve crimes, and find kidnapped or missing people.

As Congress considers data privacy legislation this fall, we will continue working with our national partners to education lawmakers on how law enforcement uses digital evidence and the importance of our ability to maintain access to it.

PSN has funded evidenced-based and data-driven programs to fight gangs and violent crimes in our communities such as targeted police patrols and school and community intervention programs. The Project Safe Neighborhoods Grant Program Reauthorization Act would reauthorize this important program for five years, ensuring that state and local law enforcement can continue to fight gang and firearms-related violent crimes in our cities and our communities in the most efficient and effective manner.  It also expands the allowable uses of the grant funding to include overtime costs for officers and the hiring of crime analysts and law enforcement assistants to aid agencies participating in the program.

NAPO stood with then-Attorney General Jeff Sessions in 2017 when he announced the relaunch of PSN after years of atrophy and latency. We worked with Senators Cornyn and Peters to authorize the program for the first time in 2018 to ensure it remains a resource on which state and local law enforcement can rely.

NAPO supports this legislation to reauthorize PSN and we thank Senators Cornyn and Peters for their continued support of our nation’s law enforcement community.

Among other provisions, the bill would:

This legislation would ensure that perpetrators of crime, particularly violent crime, will be held accountable. NAPO stands with Ranking Member Grassley and thanks him for his continued support of the law enforcement community. 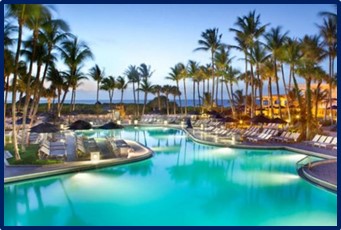 Join NAPO for our 2022 Fall Seminar in  Fort Lauderdale, Florida. This important  Seminar will focus on the mid-term national elections, and what the outcome means for control of the Congress and NAPO’s legislative priorities.  We will also look at how the current Administration’s policies and Congressional efforts are impacting police departments, including civil rights investigations and Qualified Immunity, and the public perception of policing in America.  We will also review recent Court decisions as well as other important current issues for Law Enforcement Unions & Associations and the men and women we represent.

The Fort Lauderdale Marriott Harbor Beach & Spa, located on a quarter mile stretch of pristine private beach, offers a lagoon-style pool, watersports, luxury spa and unique restaurants.  The resort is the perfect location for shopping and dining on Las Olas Boulevard and is just 15 minutes from the Fort Lauderdale International Airport.

We need to plan for your arrival! Please register at your earliest convenience either online or mail-in the registration.  Information regarding hotel reservations, airline discounts and the agenda can be found at www.napo.org/fall22.

The Public Service Loan Forgiveness (PSLF) Program is a program through the U.S. Department of Education that allows individuals who have worked for a non-profit or a federal, state or local government entity for 10 years to have their federal student loans forgiven. To qualify, borrowers must make 120 payments on a Direct Loan while on a qualifying repayment plan and be employed by a qualifying public service employer.

The Department of Education announced a change to the PSLF Program rules through October 31, 2022, to allow federal student loan borrowers to receive credit for past periods of repayment that would otherwise not qualify for PSLF.  Specifically, under temporary rule changes:

If you have not yet worked 10 years for a qualifying public service employer, you will get credit towards forgiveness.

The waiver will run through October 31, 2022. That means some borrowers will need to consolidate and/or submit a PSLF form—the single application used for a review of employment certification, payment counts, and processing of forgiveness—on or before October 31, 2022, to have previously ineligible payments counted. After October 31, 2022, normal PSLF rules will apply.

For additional information on the PSLF Program, the waiver, whether you or your children qualify, and how to apply, visit the www.pslf.gov or click here to see if you qualify.