On October 18, 2013, President Obama nominated Mr. Jeh Johnson to be the next Secretary of the Department Homeland Security. NAPO fully supports this nomination and has sent the attached endorsement letter to the Chairman of the Homeland Security and Governmental Affairs Committee, Senator Tom Carper (D-DE).

Mr. Johnson is one of the most highly qualified and respected national security leaders. Mr. Johnson served nearly seven years in senior leadership roles at the Department of Defense (DoD) during two Administrations. During his tenure at DoD, Mr. Johnson was known for his sound judgment and counsel.

Mr. Johnson has been a dedicated career public servant, and has continually evidenced his integrity and strong judgment. Throughout his career, Mr. Johnson has demonstrated that he is exceptionally qualified to handle the full range of challenges faced by DHS.

We are hopeful that the Senate Homeland Security and Governmental Affairs Committee will act swiftly in confirming Mr. Johnson for this critical position.

If you have any questions about NAPO's support of this nomination, please contact Melissa Nee at: mnee@napo.org. 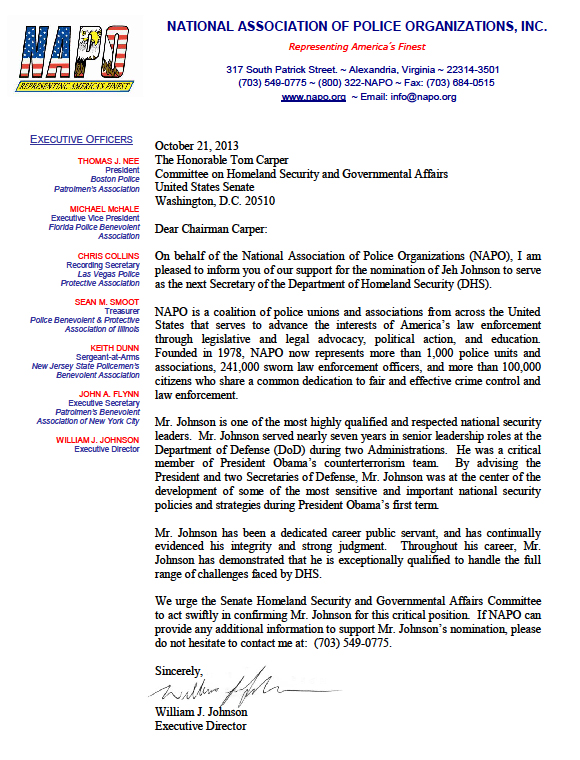