On February 20, 2015, NAPO joined fellow stakeholders in meetings with Congressmen Tom Reed (R-NY) and Joseph Crowley (D-NY) to discuss the Don’t Tax Our Fallen Public Safety Heroes Act.  This legislation clarifies that both federal and state death benefits for the survivors of law enforcement officers killed in the line of duty should be treated the same and not be subjected to federal income tax. Survivor benefits for federal law enforcement officers are currently not subject to federal income tax, but there is some ambiguity about the treatment of these benefits for similar state-based programs.

On February 11, 2015, the Senate Finance Committee passed the Don’t Tax Our Fallen Public Safety Heroes Act by voice vote.  The House companion bill has been assigned to the House Committee on Ways and Means.  Congressmen Reed and Crowley are members of the Ways and Means Committee.  Their staffers were receptive to our proposal.

NAPO will continue to work with fellow stakeholders to garner support for this important legislation.  If you have any questions about our efforts, please contact Melissa Nee at:  mnee@napo.org.

The GPO affects the spousal benefits of people who work as federal, state, or local government employees—including educators, police officers, and firefighters—if the job is not covered by Social Security. GPO reduces by two-thirds the benefits received by surviving spouses who also collect a government pension. Nine out of ten public employees affected by the GPO lose their entire spousal benefit, even though their spouse paid Social Security taxes for many years.

The WEP substantially reduces benefits workers included and counted on when planning their retirement and it substantially penalizes lower paid public employees. These provisions also discourage qualified, talented individuals from entering into public service professions. The WEP and GPO provisions do not eliminate a windfall for workers; they penalize public service employees by taking away benefits they earned throughout their careers.

GPO and WEP take hard-earned Social Security dollars out of the hands of retirees or their spouses, money that would otherwise be spent on essential goods and services to bolster the local economy. Moreover, by significantly scaling back and reducing Social Security benefits for law enforcement officers and their survivors, as GPO and WEP do, officers and their families are provided much less protection against financial difficulties.
NAPO will continue to expend all available efforts to repeal the WEP and GPO provisions.  Our letter of support is attached to this report for your convenience and review.  If you have any questions about our efforts, please contact Melissa Nee at:  mnee@napo.org.

The Bureau of Justice Assistance (BJA) has released the FY 2015 Justice and Mental Health Collaboration Program (JMHCP) solicitation. Applications are due April 14, 2015.  The current solicitation has priority considerations for law enforcement.  Additional information is available at the following site: https://www.bja.gov/Funding/15JMHCPsol.pdf.

The Mentally Ill Offender Treatment and Crime Reduction Act (MIOTCRA) created the JMHCP to help states and counties design and implement collaborative efforts between criminal justice and mental health systems.  The JMHCA reauthorizes the successful MIOTCRA and extends the JMHCP for five years.  The JMHCP can help law enforcement agencies across the United States in their responsibilities in assisting citizens with mental health issues.

NAPO expended much effort to garner support for the JMHCA during the last Congress, and was successful in building a strong bipartisan list of cosponsors in both chambers.  NAPO looks forward to continuing to work with fellow stakeholders during this Congress to reintroduce and pass this important legislation. 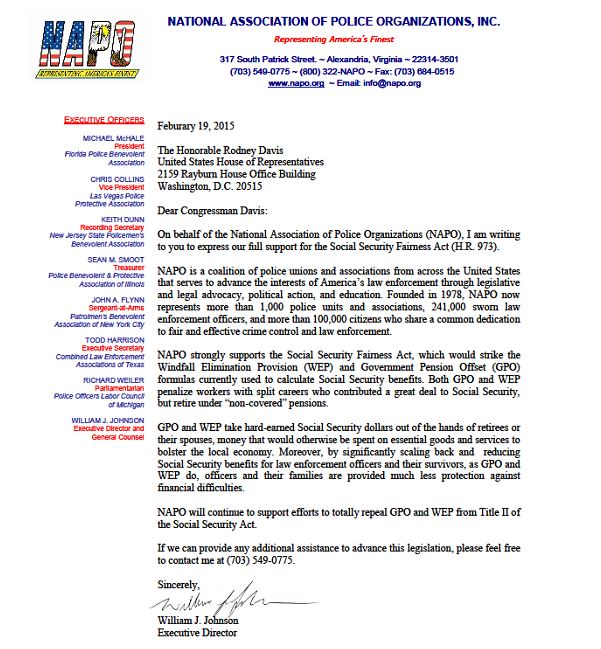