Today, NAPO sent letters to all of the members of the House and Senate Judiciary Committees, as well as all Florida Senators and Congressmen to urge them to consider NAPO’s proposal to modify the recent amendment to the Driver’s Privacy Protection Act (DPPA), which negatively impacts the law enforcement community.  (A sample letter is attached at the end of this report for your review).

The latest amendment to the DPPA requires state motor vehicle departments to receive permission from individuals before their personal motor vehicle record may be sold or released.  The DPPA amendment authorizes a private right of action for knowing violations, and a court may award damages in the amount of $2,500 for each time a record was accessed, as well as attorney fees and other litigation costs.  Law enforcement officers are subject to these stringent punishments, even if they did not review files with criminal intent.

NAPO urged each of the contacted members of Congress to consider our proposed language modifications to the amendment, which include adding a clause that explains that penalties will be applied only if persons access information with the specific intent to secure an economic benefit.  Also, NAPO proposes removing the $2,500 penalty for a violation of this act, as well as adding a statement that explains there must be repeated disregard of this law for action to be taken.  If the language is not modified, law enforcement officers will be subject to large fines, and even the loss of their licenses for de minimus actions.

NAPO will continue to aggressively lobby members of Congress to gain support for our proposed language changes to the DPPA amendment.

As noted in last week’s Washington Report, NAPO has contacted all of the companies that included advertisements in the August 2013 issue of Rolling Stone magazine to inform them of NAPO’s strong opposition to the magazine’s portrayal of the surviving terrorist responsible for the Boston bombing.  We have called for the companies to stop placing advertisements in the magazine until Rolling Stone’s editor publically recants the decision to glorify a terrorist.  The contacted companies include:

NAPO has received positive feedback from the companies we have contacted.  We will keep our members updated as we receive definitive responses from Rolling Stone’s advertisers.

If you have any questions about the DPPA or NAPO’s response to Rolling Stone’s editor, please contact Melissa Nee at:  mnee@napo.org. 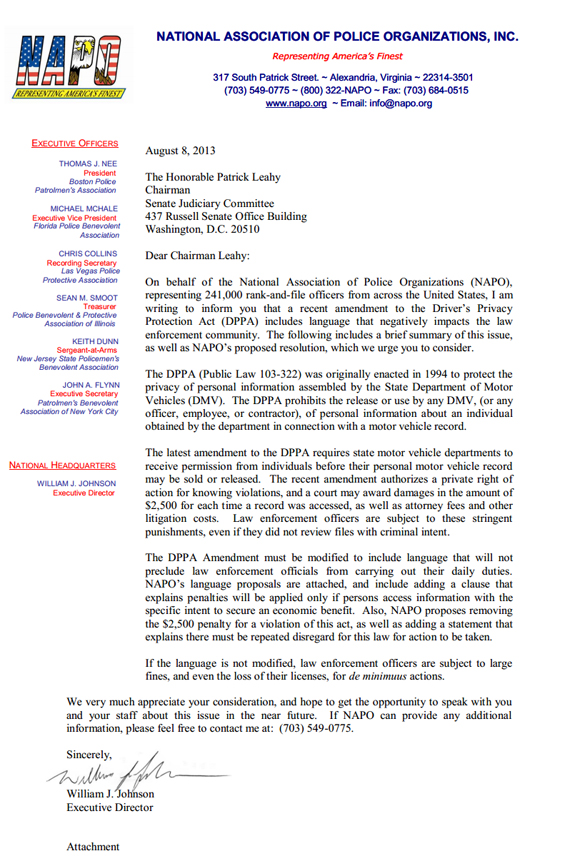 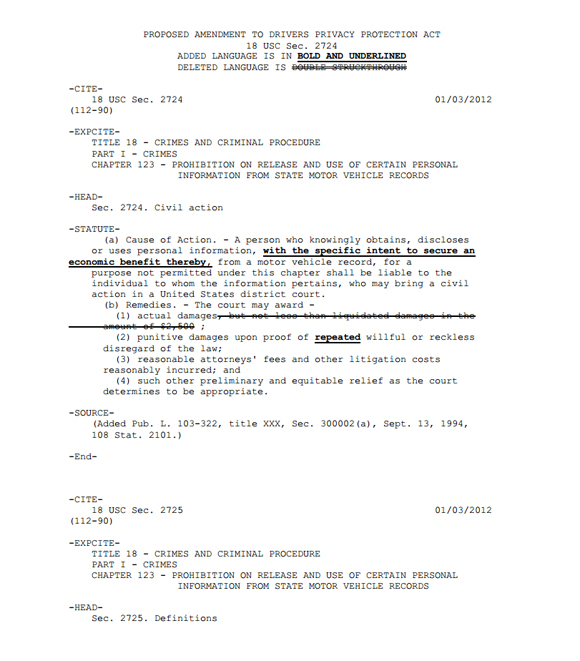 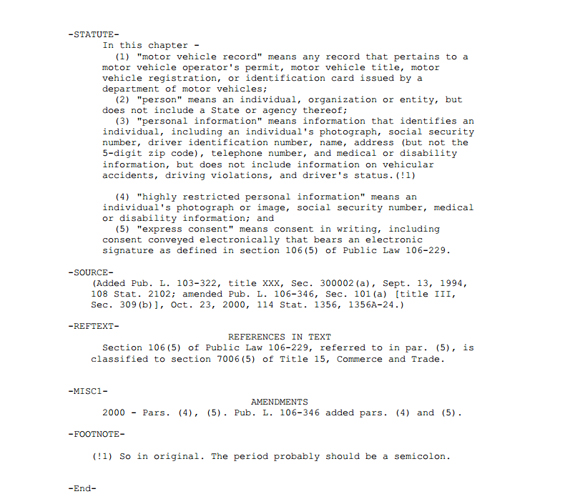