Today, NAPO sent letters to the Chairman (Senator Tom Carper (D-DE)) and Ranking Member (Senator Tom Coburn (R-OK)) of the Senate Committee on Homeland Security and Governmental Affairs to request they remove the Workers’ Compensation Reform Act of 2013 from the Postal Reform Act of 2013 (S.1486).  (The letters are attached to this report for your convenience and review).

The Workers’ Compensation Reform Act of 2013 would cut benefits for federal workers injured on the job once they reach retirement age.  Currently, federal workers injured on the job receive 66 2/3 percent of their basic salary tax free once they reach retirement age.  That figure is bumped to 75 percent if the employee has dependents.  The provisions under the new legislation would trim the benefits to 50 percent of an employee’s salary, once that employee is eligible for retirement, and additional compensation for dependents would no longer be provided.

When the Senate Postal Reform Act of 2013 was introduced, Senator Carper noted in a press release that he and Senator Coburn expect the text of the bill to change based on feedback received from other members of the Senate, stakeholders, postal employees, etc.  As the bill is revised, NAPO will continue to engage members of Congress to urge that the Workers’ Compensation Act be considered as a separate piece of legislation, and removed from the Postal Reform Act of 2013.

If you have any questions about this issue, please contact Melissa Nee at:  mnee@napo.org. 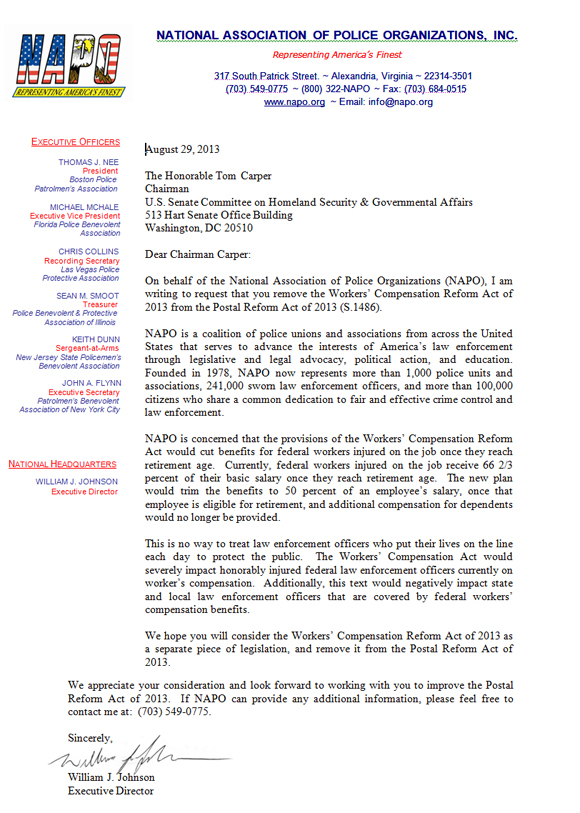 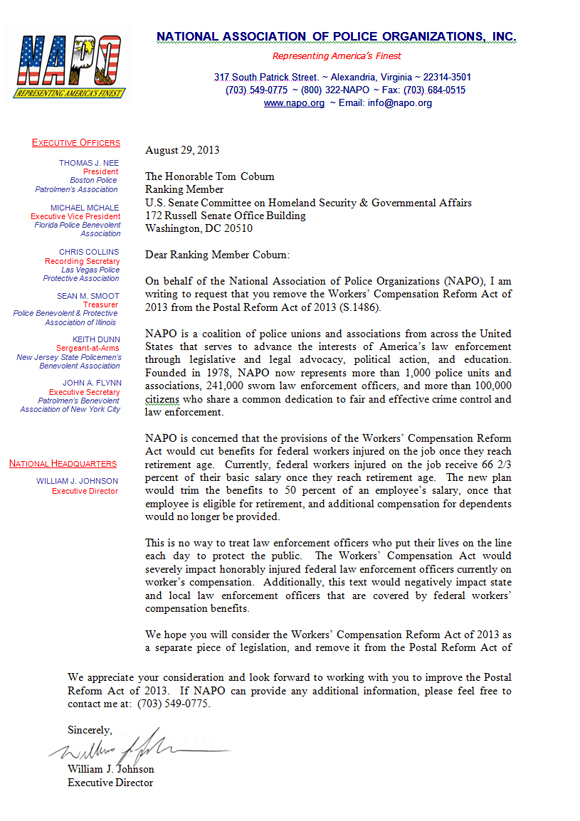