On December 1, 2014, the White House announced a $263 million community policing proposal to foster trust between law enforcement officers and the citizens they serve.

The largest chunk of the spending package calls for $75 million to help law enforcement agencies buy body-worn cameras for police via a grant program. The White House estimates a $15 million first-year investment in the program could help purchase up to 10,000 body-worn cameras, with a total of 50,000 cameras covered over the full three years.

The White House also wants $55 million for the Justice Department’s existing smart policing initiative, which offers grants for police departments to work with research partners to better meet community needs using crime data. According to the Administration, the investment could serve at least 20 communities over three years. The funding would also support the creation of a program to increase knowledge on the use of body-worn cameras.

Finally, the Administration wants $2 million to support its proposed task force on how to effectively reduce crime while building public trust. President Obama is expected to create the task force in an executive order. The “21st Century Policing” task force will be led by Philadelphia Police Commissioner Charles H. Ramsey and Laurie Robinson, a professor at George Mason University and former assistant attorney general at the Department of Justice. The task force will include law enforcement officials and community leaders. It will work with Justice’s existing Community Oriented Policing Services office and will be tasked with making recommendations within 90 days of its creation.

NAPO discussed the above proposals at great length during a meeting with Acting Associate Attorney General Stuart Delery on December 4, 2014. We will continue to stay engaged with the White House and the Department of Justice to ensure that the rank-and-file perspective is heard loud and clear as the proposals proceed.

If you have any questions about the proposals outlined above, please contact Bill Johnson at: bjohnson@napo.org.

On December 3, 2014, NAPO joined fellow law enforcement groups on a conference call with Attorney General Eric Holder. During the call, AG Holder noted that he will continue his tour across the country to help bridge gaps and strengthen relationships between communities and law enforcement. He plans to engage law enforcement representatives, community leaders, faith leaders, and political leaders in these discussions.

NAPO continues to maintain close contact with the Attorney General to ensure NAPO’s priorities and concerns are considered, and we will keep our members updated as new information becomes available. If you have any questions about this conference call, please contact Bill Johnson at: bjohnson@napo.org.

On December 3, 2014, NAPO participated in a meeting with Senate Majority Leader Harry Reid’s (D-NV) staff to express our strong support for S. 2844, the James Zadroga 9/11 Health and Compensation Reauthorization Act.

The Zadroga bill’s two critical programs providing medical treatment and compensation for 9/11 heroes – the World Trade Center Health Program and the September 11th Victim Compensation Fund – are set to expire in October 2015 and October 2016 respectively. This legislation would continue these programs for 25 more years, through 2041.

Medical research has identified more than 60 types of cancer caused by 9/11 toxins. More than 2,900 people have been diagnosed with cancers caused or made worse by the aftermath of the attacks - more than 800 New York Fire Department members and more than 550 New York Police Department personnel are struggling with serious 9/11- related illnesses, not including the more than 70 firefighters and 60 NYPD officers who have died from their 9/11- related illnesses.

This legislation will also honor those who made the ultimate sacrifice to protect our nation. James Zadroga, a New York City Police Department Detective and member of NAPO, died of respiratory disease caused by his exposure to toxic chemicals at Ground Zero. It is our obligation and duty to remember these heroes and ensure that survivors who risked their lives to protect us continue to receive the treatment and compensation that they deserve.

NAPO looks forward to working with key law enforcement stakeholders to pass this important legislation during the 114th Congress. If you have any questions about this bill, please contact Bill Johnson at: bjohnson@napo.org.

Over the past week, four members of Congress made the “Hands up, don’t shoot,” gesture on the floor of the House of Representatives. NAPO sent letters to each of the members, (Congressman Hakeem Jeffries (D-NY), Congresswoman Yvette Clarke (D-NY), Congressman Al Green (D-TX), and Congresswoman Sheila Jackson Lee (D-TX)), to express concern and outrage over these actions. The letter to Congressman Jeffries is attached to this report. All of the letters are available on NAPO’s main page at: https://www.napo.org.

These actions are not only disrespectful to law enforcement officers, who put their lives on the line every day to protect our nation, but they are also harmful to communities that are trying to heal after weeks of unrest.

NAPO used the letters to stress that physical evidence has clearly shown that Michael Brown was not attempting to surrender with his hands in the air. Three separate autopsies, including one at the request of Mr. Brown’s family, showed that the shots which struck Mr. Brown did so when Mr. Brown was facing and/or in direct physical contact with Officer Wilson. There were no shots while Mr. Brown’s hands were up over his head, and further evidence proved that Mr. Brown must have been moving toward Officer Wilson when shot, not away from him. The symbol that was gestured on the House floor is not based on truth.

We have accepted the fact that social media will continue to spread false claims about events in Ferguson, but we are shocked and dismayed that members of Congress would fuel tension in communities across the country by making false statements on the House floor.

If you have any questions about this issue, please contact Bill Johnson at: bjohnson@napo.org.

On December 3, 2014, Congressman Jerry McNerney (D-CA) sent a letter to House and Senate appropriators, asking them to include additional money in the latest government funding bill for law enforcement agencies to hire more officers and purchase needed technologies.

The letter to the chairmen and ranking members of the House and Senate Appropriations Committees asks them to include robust funding for the COPS (Community Oriented Policing) Technology Grants and Hiring programs in any FY 2015 spending bills passed by the two chambers. Congressman McNerney’s letter was co-signed by 47 of his House colleagues, including Congressmen Dave Reichert (R-WA) and Bill Pascrell (D-NJ).

NAPO expressed our support for Congressman McNerney’s initiative. The Congressman included NAPO’s statement in his press release on the funding request:

NAPO is involved in a comprehensive law enforcement review project, which was initiated in response to a proposal, co-authored by NAPO, recommending a criminal justice review. The Attorney General requested the COPS Office to lead the project, with input from a diverse group of law enforcement stakeholders.

The goal of the project is to create a foundational document that provides an overview of key developments and challenges in American law enforcement, focusing on the last fifty years. Over the past week, NAPO has participated in the following teleconferences to move the project forward:

NAPO is concerned over the direction the project has taken, as we feel that some of the discussions may be objectionable to our members. As we move forward, we will continue to strongly advocate that the rank-and-file perspective be included in the project review. NAPO will keep our members updated as the project moves forward.

If you have any questions about NAPO’s involvement in the criminal justice review project, please contact Bill Johnson at: bjohnson@napo.org.

With Cassidy's victory, the GOP will hold 54 seats in the Senate when the 114th Congress convenes next month - a net gain of nine seats.

NAPO will continue to engage new members of Congress to ensure our priorities remain at the top of the agenda for the 114th Congress.

Enhance your ability to recognize the signs of impairment from drugs, alcohol, or both. The Advanced Roadside Impaired Driving Enforcement (ARIDE) program was developed by the National Highway Traffic Safety Administration (NHTSA).

The ARIDE program bridges the gap between the Standardized Field Sobriety Testing (SFST) and the Drug Evaluation and Classification/Drug Recognition Expert (DEC/DRE) programs by providing officers with general knowledge related to drug impairment and by promoting the use of DREs in states that have the DEC Program. With shrinking budgets, law enforcement executives have to make difficult decisions to do more with less. They can no longer afford to have law enforcement personnel out of the office for a substantial period of time. The online version of the ARIDE program enables more law enforcement personnel to take the course while not missing valuable time from their duties.

The online course has the same content as the in-person course, and will train law enforcement officers to observe, identify, and articulate the signs of impairment related to drugs, alcohol, or a combination of both.

Learn more about Online ARIDE at: http://www.whitehouse.gov/sites/default/files/ondcp/Fact_Sheets/aride_revised_brochure_10-13.pdf Access the training at https://tsilearn.dot.gov

It is that time of the year again! We are trying to gather as many quality TOP COPS® nominations as possible. With TOP COPS® again taking place in May, we are under very tight schedule constraints.

The 2015 ceremony will take place on Tuesday, May 12, 2015, in conjunction with National Police Week. The Awards Ceremony will be held at the JW Marriott Hotel in downtown Washington, D.C. The deadline for nominations is January 10, 2015.

Please take this opportunity to nominate a fellow officer. Please also feel free to include the nomination form in your association or department publication or e-mail the nomination form to friends and colleagues by downloading a PDF from our website, www.napo.org. (The form is also attached to the end of this report). Help us ensure that all states and territories are represented at the 22nd Annual TOP COPS Awards® Ceremony. We appreciate any help you can provide. 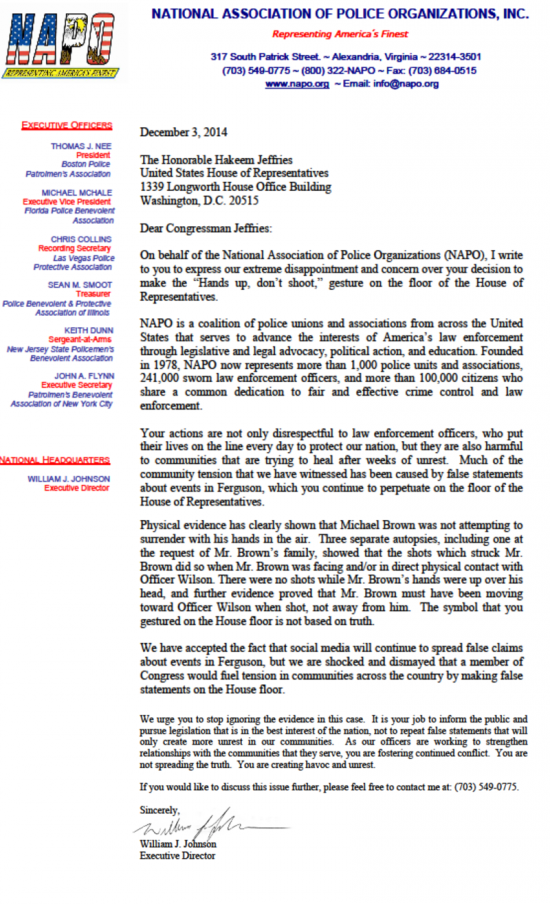 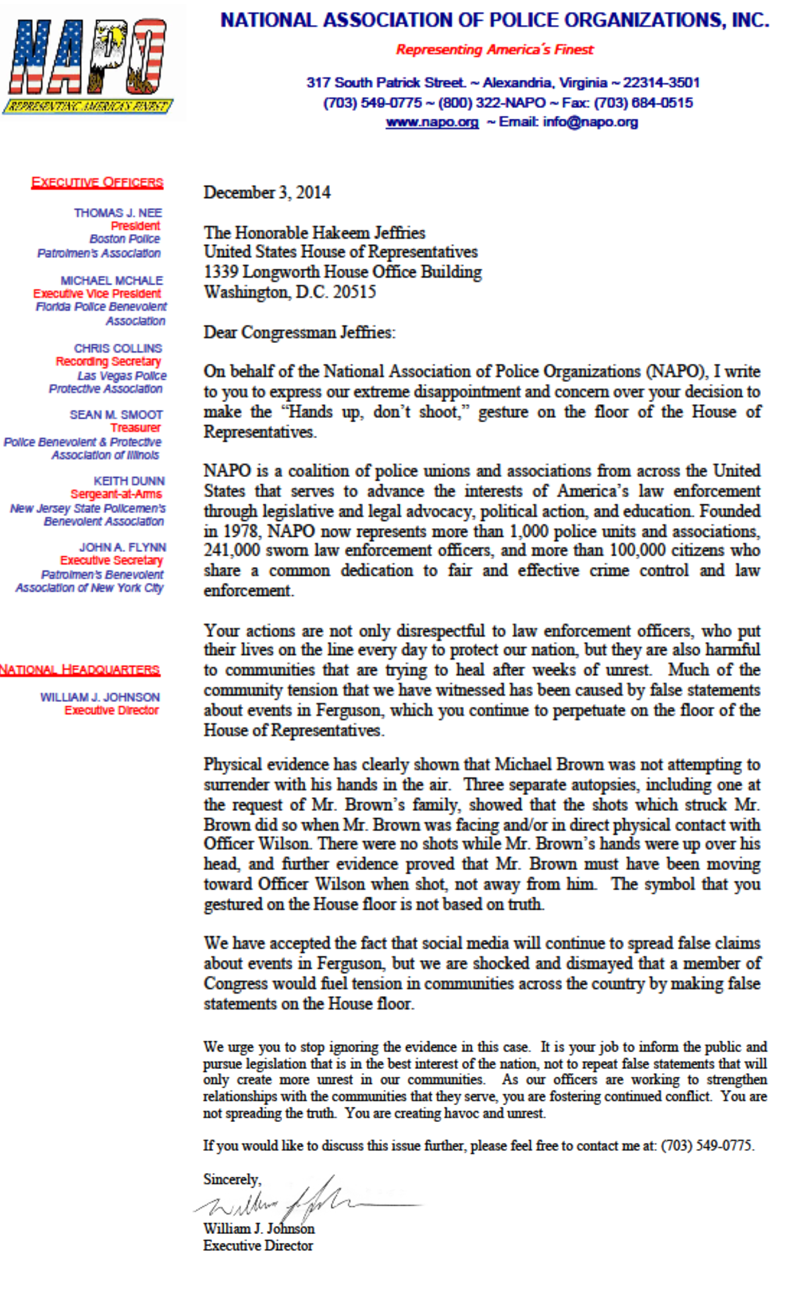