In a significant victory for NAPO and the law enforcement community, the Senate passed H.R. 6943, the Public Safety Officer Support Act, on August 1 by unanimous consent.  As the House passed this bill by a vote of 402-17 on May 18, it is now on its way to the President’s desk to be signed into law.

Once enacted, the Public Safety Officer Support Act will make post-traumatic stress disorder (PTSD) a line of duty injury under the Public Safety Officers’ Benefits (PSOB) Program and ensure that officers who suffer from PTSD and those who take or attempt to take their own life as a result of on-duty trauma will be eligible under the program.  The bill would also cover officers who die by trauma-linked suicide by directing the PSOB Program to presume that suicides are a result of job duties in certain circumstances, such as a mass casualty event, where there is evidence that PTSD would be caused by the trauma.

In most instances, an officer’s survivor health care and pension benefits become null and void if a public safety officer’s death is ruled a suicide, which makes the PSOB benefit so important. This bill would alleviate the financial strains that surviving families of such tragedies often suffer due to the loss of all other benefits.

There is no doubt that the everyday stresses and strains of the job as well as the often horrific nature of the crimes officers witness lead to PTSD and acute stress disorder. It is only recently that departments are working to address the mental health needs of their officers and even now, not every officer has access to reliable, confidential mental health and wellness services.  While we hope we will get to a place where PTSD and similar mental health disorders are addressed before officers reach the point where they feel suicide is their only option, we are not there yet.

As we have so far largely failed to provide officers with the mental health services necessary to protect their mental wellbeing, it is only right that we make certain their families are taken care of after such a terrible loss.

NAPO is proud to have developed the Public Safety Officer Support Act with Senators Tammy Duckworth (D-IL) and John Cornyn (R-TX) and Representatives David Trone (D-MD) and Guy Reschenthaler (R-PA) and we thank them for championing this important issue and for all their efforts to get this bill across the finish line. We also thank Senate Judiciary Committee Chairman Richard Durbin (D-IL) and Ranking Member Charles Grassley (R-IA) for their support in getting this bill passed by the Senate. We look forward to seeing the Public Safety Officer Support Act signed into law.

In another win for NAPO, the Senate passed the TBI and PTSD Law Enforcement Training Act by unanimous consent on August 1, sending it to the President to be signed into law. The House passed the bill by an overwhelming vote of 400-21 back in May.  This important bill, sponsored by Representatives Bill Pascrell Jr. (D-NJ) and John Rutherford (R-FL) and Senators Jon Ossoff (D-GA) and Charles Grassley (R-IA) would provide for much-needed additional training opportunities for law enforcement to improve officer response to persons affected by traumatic brain injury (TBI) and post-traumatic stress disorder (PTSD).

According to the Centers for Disease Control and Prevention, about 2.87 million TBI-related emergency department visits, hospitalizations, and deaths occurred in the United States in 2014. Approximately, 7 percent of Americans will experience PTSD in their lifetime.

Law enforcement officers are increasingly on the front lines in responding to and intervening in mental and behavioral health crises, including individuals with TBI or PTSD. Officers must be given the tools and training they need to identify and respond to mental health issues in the communities they serve. For these reasons, NAPO strongly supports federal funding and programs to help agencies train their officers to recognize and identify symptoms of TBI and PTSD so they can better respond to these situations. Once implemented, the TBI and PTSD Law Enforcement Training Act will make training and guidance available that departments can use as a basis to support improved responses and outcomes to interactions between police officers and persons affected by TBI and PTSD.

Importantly, this legislation also recognizes that law enforcement and first responders are among those in our communities who suffer from these afflictions and requires the Centers for Disease Control and Prevention (CDC) to do a study on the prevalence TBI and PTSD in the profession.

August 1 was a big day for the law enforcement community.  In addition to the passage of the Public Safety Officer Support Act and the TBI and PTSD Law Enforcement Training Act, the Senate passed by unanimous consent four of our other National Police Week priorities: Fighting Post-Traumatic Stress Disorder (PTSD) Act of 2022; Law Enforcement De-Escalation Training Act of 2022; Invest to Protect Act of 2022; and Strong Communities Act.

The Fighting PTSD Act, sponsored by Senator Charles Grassley (R-IA), recognizes the prevalence of PTSD within the public safety profession and the need to address PTSD and acute stress disorder among officers to make certain they get the treatment and help they need. This legislation provides for data collection that is an important first step to giving all officers access to confidential, state-of-the-art treatments for PTSD and acute stress disorder. By acknowledging the instances of these disorders within the profession and guaranteeing treatments and resource are widely available, we can work to ensure that suicide will no longer be one of the top killers of public safety officers.

The Law Enforcement De-Escalation Training Act, sponsored by Senators John Cornyn (R-TX) and Sheldon Whitehouse (D-RI), would provide training curricula and funding to state and local law enforcement for training, including train-the-trainer models, on alternatives to use of force, de-escalation, and responding to mental and behavioral health and suicidal crises.  NAPO worked closely with the Senators on this legislation to ensure that rank-and-file officers and their representatives are at the table in developing the curricula in training topics or identifying current curricula and best practices in training on these issues.

The Strong Communities Act, sponsored by Senator Gary Peters (D-MI), would allow for COPS Hiring Program funds to be used to pay for local law enforcement recruits to attend schools or academies if the recruits agree to serve in the communities in which they live.

NAPO is working with the House sponsors of these bills to move them across the finish line when the House returns from August Recess on September 13.

On Tuesday, July 26, the Senate Judiciary Committee held a hearing entitled, “Law Enforcement Officer Safety: Protecting Those Who Protect and Serve”, which focused on violent assaults on officers and the impact of increased gun violence on law enforcement.  NAPO submitted written testimony for the record, which Ranking Member Grassley acknowledged during the hearing, focusing on the environment that has enabled attacked on officers to go unabated.

Officers are targets for disgruntled individuals who harbor hatred for the profession and blame them for all of society’s ills and for policies that the officers themselves have no control over. The consistent drumbeat by politicians of distrust of the police absolutely helps engender attacks on officers and encourages the public not to comply with police commands.  It is becoming more and more common for persons who come in contact with police to resist, obstruct, interfere, thwart and even attack officers. This is an unacceptable environment in which officers find themselves and it is impacting not just officer morale, but also retention, hiring, and officer safety and wellness.

The numbers on officers assaulted do not tell the whole story about the abject violence officers are facing on the streets. On January 3, 2022, Harris County Precinct 5 Constable Charles Galloway was gunned down while conducting a traffic stop. On February 11, five Phoenix Police officers were shot and four others wounded in an ambush attack while responding to a call. On May 24, a California Highway Patrol Officer was ambushed by a spray of gunfire as he drove his patrol car through East Los Angeles. El Monte Police Corporal Michael Paredes and Officer Joseph Santana were ambushed and killed in the line of duty on June 14. On that same day, a Phoenix Police Detective was ambushed by two assailants while sitting in her unmarked vehicle performing surveillance. Were it not for her bulletproof vest, she would no longer be with us. Detroit Police Officer Loren Courts was shot and killed in an ambush-style attack on July 6.  Wayne County, North Carolina, Sheriff’s Sergeant Matthew Fishman was shot and killed while serving involuntary commitment papers on August 2.

Unfortunately, that list goes on with 39 firearms related line of duty deaths so far this year, an increase of 18% over this point last year according to the National Law Enforcement Officers Memorial Fund.  That does not even take into account the nearly 200 officers who have survived their attacks.

Tepid responses to the murders or attempted murders of police officers do nothing to discourage future attacks, which is why NAPO strongly supports establishing stricter penalties for those who harm or target for harm law enforcement officers.  We believe this will deter violent crimes and add another layer of safety for our nation’s officers. Any persons contemplating harming an officer must know that they will face serious punishments.

NAPO highlighted the administrative tools we believe the Department of Justice can and should use to prosecute those who target officers for violence. We also called on Congress to pass the Back the Blue Act (S. 1599/H.R. 3080), the Protect and Serve Act (S. 774/H.R. 3079), and the LEOSA Reform Act (S. 1610/H.R. 1210) to provide increased protections for officers and allow officers to better protect themselves.

While we appreciate the Senate Judiciary Committee holding the hearing to highlight this important issue, Congress must show our nation’s officers through actions and not just words that they have their back and believe that ensuring protections for them will also ensure our communities are safer.  We look forward to working with the Committee to protect those who serve and protect our communities.

The Washington Report is taking a hiatus for the August Recess along with Congress.  We will be back in your inboxes on August 26, unless something comes up before then that requires your attention. 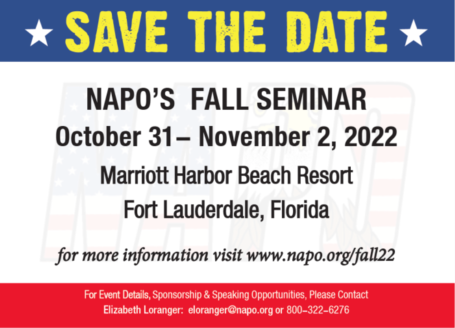