The purpose of the TOP COPS Awards® program is to educate the American public about our nation’s heroes and to pay tribute to law enforcement officers in federal, tribal, state, county, and local agencies from across the country for outstanding service to their communities during the preceding year. The TOP COPS are nominated by fellow officers and are selected from hundreds of nominations by an independent awards committee. The officers from the top ten cases (our TOP COPS) are flown to Washington, D.C. and recognized at the ceremony. Presidents, Vice Presidents and Attorneys General of the United States of both parties have honored the award winners. NAPO bears all cost of travel and lodging of the winners.

Click here for the nomination form. Any sworn law enforcement officer may nominate their fellow officer for a TOP COPS Award®. Selection for an award is based on involvement in a specific incident or case wherein an officer(s) has gone above and beyond the call of duty. I am sure you have many officers in your department that should be recognized, we would like very much to honor these officers. We look forward to nominations from your department. The deadline for nominations is January 11, 2022.

If you need assistance or have any questions, please do not hesitate to contact the NAPO Office at (703) 549-0775. Thank you for your assistance in honoring our Nation’s TOP COPS!

NAPO opposed and successfully lobbied against an amendment to the National Defense Authorization Act (NDAA) for Fiscal 2022, offered by Senator Brian Schatz (D-HI), that would restrict state and local law enforcement’s access to surplus military equipment through the Department of Defense and other federal grant programs.

NAPO worked with Republican Senate Armed Services Committee staff and sent a letter to every member of the Senate, including leadership, advising them of our strong opposition to amending the NDAA to limit state and local law enforcement’s access to this lifesaving equipment and urging them not to consider this amendment.  We were victorious in our efforts as Senator Schatz’s amendment was not included in the final NDAA, which passed the House on December 7 and the Senate on December 15.

Programs like the Department of Defense’s 1033 Program have been vital resources in allowing state and local law enforcement acquire items used in search and rescue operations, disaster response, and active shooter situations that they otherwise would not be able to afford. This equipment has not led to the “militarization” of police, but rather has proven to be essential not only in protecting communities against violent criminals, but also in responding to natural disasters, which are unfortunately increasing in frequency.

Given that state and local law enforcement are our nation’s first responders to incidents from foreign and domestic terrorism to active shooter situations to flood rescues, Congress should be ensuring law enforcement agencies are able to acquire such equipment for the protection of their communities, not limiting it.

Restricting access to this equipment will endanger the lives of police officers and the civilians they are sworn to protect. NAPO will continue to work to protect the 1033 Program and our ability to acquire such equipment.

On November 19, the House passed the Democrats’ nearly $2 trillion reconciliation package, H.R. 5376, the Build Back Better Act, which included an increase in the cap on State and local tax (SALT) deductions. Under the House-passed bill, the cap on SALT deductions would be lifted from $10,000 to $80,000, retroactive to the beginning of 2021 and through 2030. Many of the Democrat members of Congress we have been working with to repeal the SALT cap stated they would not support the Build Back Better Act without a compromise on the SALT cap.

The Senate is now working to amend the House-passed Build Back Better Act to conform with Senate rules and ensure it has the necessary support of all 50 Senate Democrats.  Senator Bernie Sanders (I-VT) and fellow progressive Senators call the House SALT deduction proposal tax relief for the wealthy and oppose it.  Senator Sanders and Senator Bob Menendez (D-NJ) are still negotiating their own compromise on the SALT cap, which would keep the $10,000 cap in place for households making over $400-550,000 per year, exempting households making less than that threshold from the cap. The issue still being discussed is the threshold for household income, with Senator Menendez supporting the higher income level and Senator Sanders supporting the $400,000 threshold. This is one of the major outstanding issues holding up the Senate moving on the reconciliation package.

NAPO opposed the inclusion of the $10,000 cap on SALT deductions under the Tax Cuts and Jobs Act (Public Law No. 115-97), which was signed into law in 2017. By increasing the cap to $80,000, Congress will help ensure that state and local first responders will receive the support they need from the communities they serve, as public safety budgets across the country are largely drawn from state and local property, sales, and income taxes. These investments give our first responders the tools they need to keep our communities safe. The increase of the SALT cap also removes a significant tax increase that many middleclass homeowners have struggled under over the past several years.

On December 7, the Senate passed the Better Cybercrime Metrics Act (S. 2629) by unanimous consent.  The next day, December 8, the House Judiciary Committee marked up and approved the House version of the bill, H.R. 4977. The NAPO endorsed bill is sponsored by Senators Brian Schatz (D-HI) and Thom Tillis (R-SC) and Representative Abigail Spanberger (D-VA).

This legislation would establish standardized metrics for tracking cybercrime that would help law enforcement, policy makers, and criminologists better understand the scope and size of cybercrime in the United States. It also would mandate the FBI integrate the new cybercrime metrics into its current reporting systems and databases, making it easier for state and local law enforcement to collect and report on data on cybercrime incidents in their jurisdictions.

Robust data on cybercrime is necessary to supporting and enhancing the capacity of state and local law enforcement to prevent, investigate and respond to such crimes. Law enforcement’s job is to serve and protect our communities from all crime, whether it is cyber or violent crime, and the data collected as a result of the Better Cybercrime Metrics Act would help departments across the nation better investigate and prosecute these crimes.

NAPO continues to work with Senators Schatz and Tillis and Representative Spanberger to see this legislation signed into law.

Congress punted on dealing with Fiscal Year 2022 Appropriations by passing another continuing resolution that will last until February 18, 2022, funding the federal government and its programs at FY 2021 funding levels.

In July, the House tried to pass its version of the FY 22 CJS bill, H.R. 4505, which attempted to pass provisions of the George Floyd Justice in Policing Act (H.R. 1280) as part of the bill and included seriously concerning preconditions and requirements that state and local agencies must comply with to receive grant funding. NAPO lobbied hard against the inclusion of those provisions, arguing that they did not belong as part of the appropriations process.  Our efforts were successful as House Democrats did not have the votes to take up the appropriations bill.

At the end of October, since they were not going to move on any of the FY 22 appropriations bills by the end of the year, Senate Democrats released draft texts of their FY 22 spending measures as markers on where they stand on funding federal agencies, departments, and programs.  In a victory for NAPO, none of the police reform provisions that were in the House version of the CJS Appropriations bill were included in the Senate bill. NAPO pushed back on any attempt to pursue the goals of the partisan George Floyd Justice in Policing Act through the appropriations process. In the Senate CJS measure, NAPO’s priority grant programs are sufficiently funded and there are no strings attached to force divisive police reform policies on state and local law enforcement.

NAPO will continue to work with Congressional appropriators to ensure that police reform measures included in H.R. 4505 are not included in the final FY 22 appropriations package.

While our priority programs will continue to receive strong funding under the continuing resolution, the fact that we do not have the full FY 22 spending levels will delay the release of many grant solicitations as federal agencies and departments await their final instructions from Congress.  NAPO will send out the grant solicitation dates as soon as they are announced next year.

NAPO’s updated “Sponsor/Cosponsor” spreadsheet is available on NAPO’s website. The spreadsheet accompanies the latest “Legislative Positions” document, which is also available on the NAPO website. NAPO's Legislative Positions is a document that highlights all the legislation that we have taken an official position on or are monitoring during the 117th Congress. It is continually updated to reflect the work we are doing on Capitol Hill.

The seminar will focus on the brittleness and potential causes for concern in today’s pension and benefits environment. While stock markets continue to set new records, individual investment confidence is faltering. Inflation and stagflation are rearing their heads, and the market run-up, while high, is also narrow, and confined to a relatively few areas. Politically, both parties are already looking ahead to the midterm elections, and economic policies are a major dividing line between them. Global corporate taxation, the long-term impact of extraordinary governmental stimulus spending, mounting national debt, and expansion of IRS taxation and reporting powers are just some of the issues being debated. We will examine these areas and more as we evaluate the effect of these trends on public employment benefits and security, and the overall economic situation for the near- and mid-term.

Take an active role in improving the future of your fund by registering today. You will find information regarding registration, hotel reservations and the full agenda at www.napo.org/PB22. Register online or download the brochure and fax to NAPO at (703) 684-0515.

If you have any questions or need additional information, please do not hesitate to contact NAPO’s Director of Events, Elizabeth Loranger, at eloranger@napo.org or (703) 549 -0775. 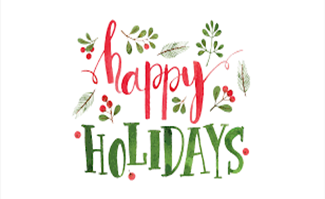 NAPO wishes you and your loved ones a happy holiday and
we look forward to working with you in the new year!

Be sure to look out for NAPO’s legislative review of 2021 and
our 117th Congressional Mid-Term Scorecard in January.

To honor your service and show appreciation for your dedication, Citizen Watch America would like to extend a special offer to all NAPO Members this Holiday Season.

Visit www.Citizenwatch.com to view the extensive collection of find timepieces. Be sure to use the code:  FIRST21. 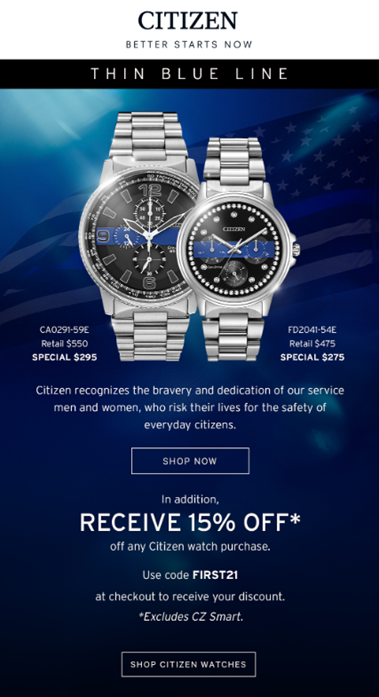