USA Today included Johnson’s comments in the August 28th edition of the publication.  The full text of Johnson’s letter and the comments that were included in USA Today are attached to this report.

If you have any questions about NAPO’s response, please contact Bill Johnson at:  bjohnson@napo.org.

NAPO appreciated the opportunity to meet with each of the staffers, and looks forward to continuing to work with them in the future.

If you have any questions about any of the issues summarized above, please contact Melissa Nee at:  mnee@napo.org.

On August 28, 2014, NAPO met with a senior staffer for Senator John Cornyn (R-TX) to discuss our proposal to modify the most recent amendment to the Driver’s Privacy Protection Act (DPPA).

NAPO briefed Senator Cornyn’s staff on this topic in July 2014.  NAPO used last week’s meeting to follow-up on our proposed language modifications to the DPPA amendment, which include adding a clause that explains that penalties will be applied only if persons access information with the specific intent to secure an economic benefit. Also, NAPO proposes removing the $2,500 penalty for a violation of this act, as well as adding a statement that explains there must be repeated disregard of this law for action to be taken. If the language is not modified, law enforcement officers will be subject to large fines, and even the loss of their licenses for de minimus actions.

Senator Cornyn’s staff was very receptive to our proposal.  We plan to use the coming weeks to provide additional information to the Senator’s staff, and will keep our members updated on the status of this initiative. 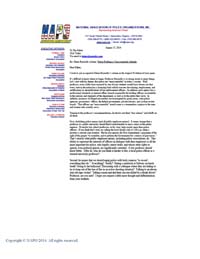 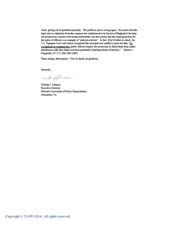 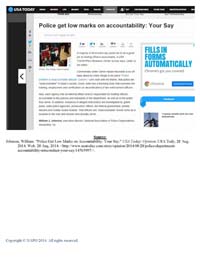